Talking about colours in chemisty

Talking about colours in chemisty

The illustrious legacy of Tetrakis(triphenylphosphine)palladium(0)  Pd(PPh3)4 has cemented it as a cornerstone of catalytic cross-coupling reactions.

Tetrakis(triphenylphosphine)palladium(0), or Pd(PPh3)4, is perhaps the best-known catalyst for classical cross-coupling reactions. As evidenced by greater than 12,000 references in SciFinder, Pd(PPh3)4 is a workhorse of Pd(0)-catalyzed transformations and stands as the prototype upon which a diverse collection of palladium catalysts have been built. 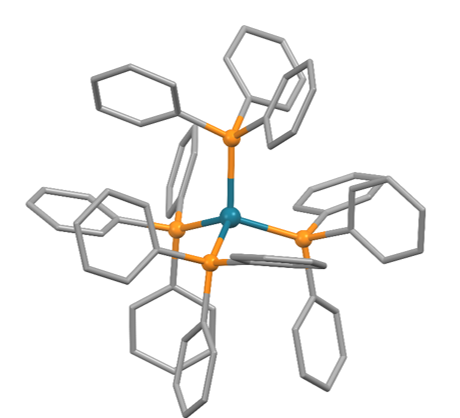 In the solid state, Pd(PPh3)4 adopts a tetrahedral geometry1,, consistent with its 18-electron configuration (Figure 1). Though its homoleptic structure is relatively simple, the complex has been applied to an impressive variety of reactions. The most notable of these are cross-coupling reactions between aryl halides and transmetalating reagents, which were the subject of the 2010 Nobel Prize in Chemistry jointly awarded to Professors. Negishi2, Suzuki3, and Heck4 (Figure 2). In addition, the Sonogashira5 and Stille6 coupling reactions utilize Pd(PPh3)4 to facilitate transmetalation reactions between alkynes and tin reagents. 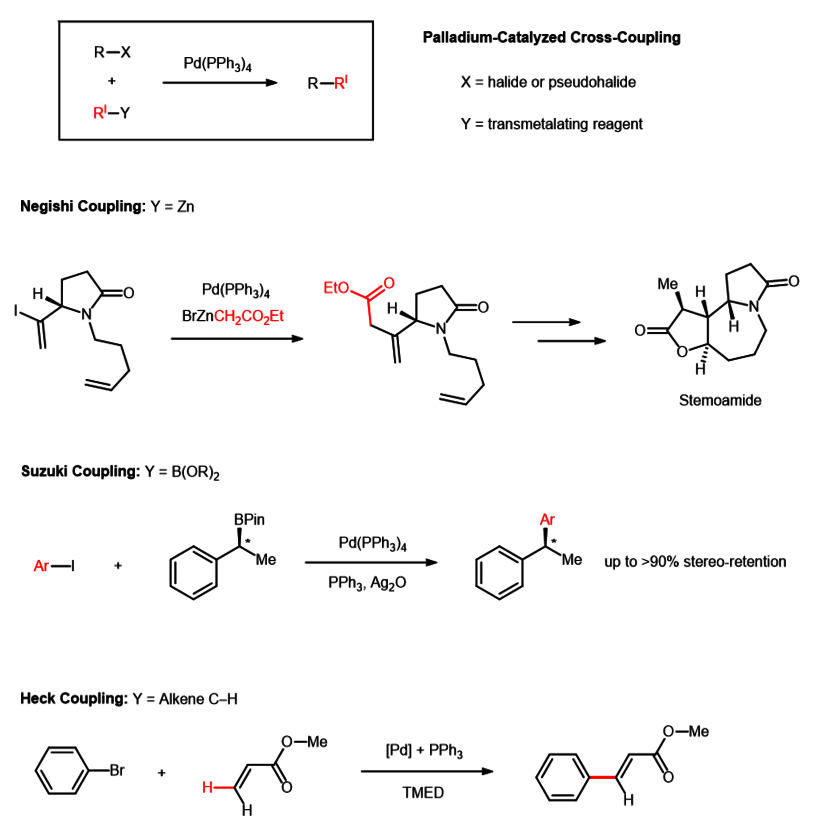 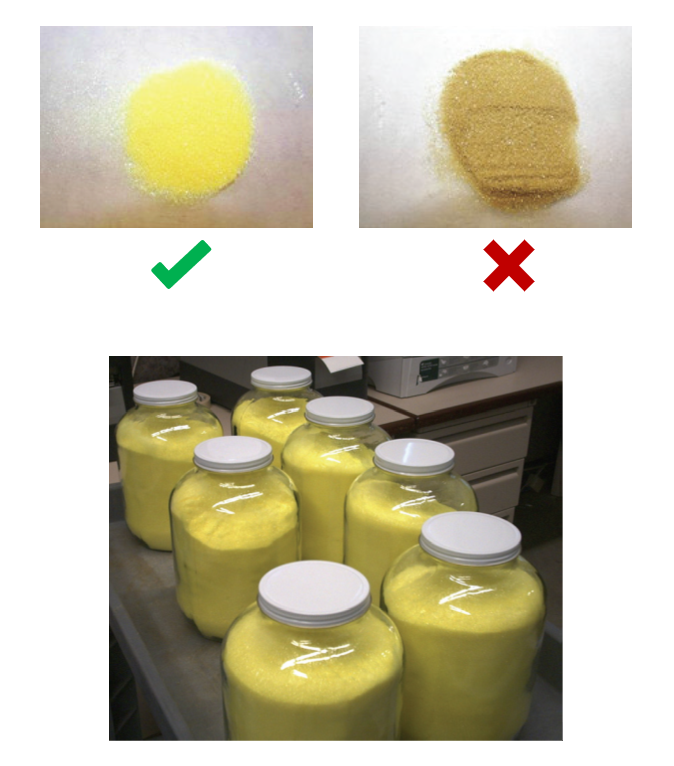 High quality pure Pd(PPh3)4 exhibits a beautiful golden-yellow color (Figure 3). Low quality or decomposed material however, often shows a dark orange-brown color or, in extreme cases of decay, a dark greenish color. This allows one to perform their own quality control: if it looks good, it is good! From milligrams to kilograms, Strem offers tetrakis-triphenylphosphine palladium(0) with consistently high quality, and the complex continues to be an invaluable part of any synthetic organic chemist’s toolbox.